I woke up this morning to a gorgeous sunrise. However, it was soon replaced by low lying cloud and was chilly as I hiked out.

It was a relatively nondescript day. The trail mostly gained in elevation with a few short downward spots. Today was also 18 miles with no water sources, which meant carrying water for 18 miles, which was mostly ok being cooler but up gain in elevation evened that out.

By 11.30ish the sun had come out although it was still not warm or as warm as I would like it. Part of that is that this section is mostly at or around 6000ft which adds to the coolness of the temperatures.

By late afternoon I passed the 600 mile marker which was the most exciting thing that happened today. I then made it to the water source and despite only being 4pm I called it a day. The plan is to make it to Walker pass by Friday and I only need to do 17 mile days to achieve that and I like camping by water sources. 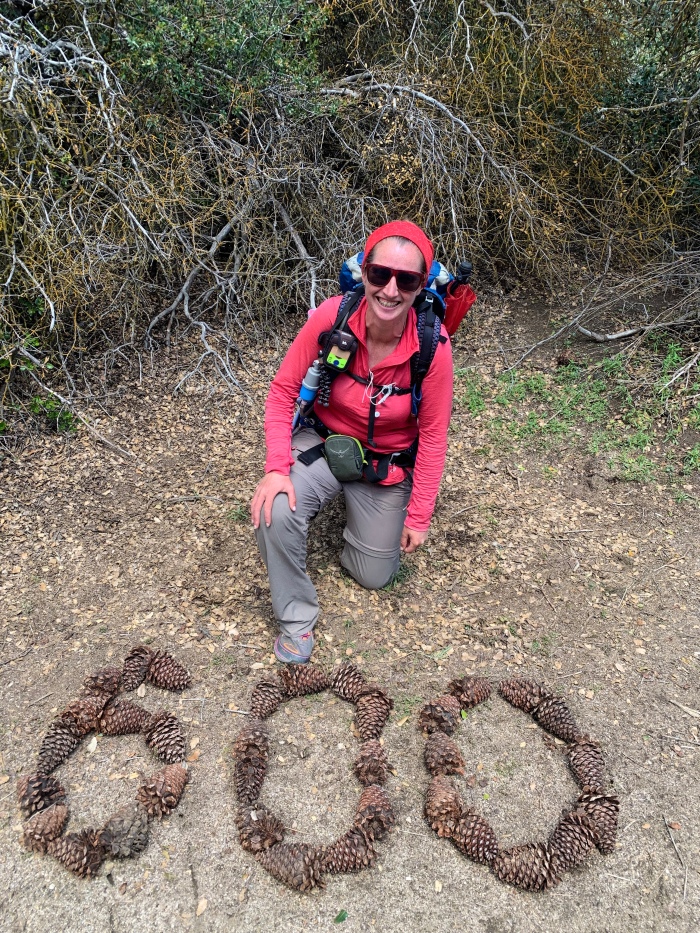 Today I am thankful for gloves to keep my hands warm on chilly mornings.

Up to the Hills

Join me as I walk the length of New Zealand on the Te Araroa and raise money for a just and compassionate world with TEAR Australia.

South Coast Track Day 5-6 (Day 11-12 of trip) - Finally posting the last of the photos, it only takes a year! The final two days could have been done in one, but Soph wanted as much time in the bush as possible, I however wanted a shower (soft through hiker that I am 😂) Day 11 involved me falling in a mud puddle, see story and then on Day 12 we finally made it out to Cockle Creek where our car was waiting for us, we high tailed it to the nearest RSL for a burger, then finally returned to Hobart for my shower. South West Cape track was particularly fun. 10/10 would recommend 🤩
South Coast Track Day 3-4 (day 9-10 of trip) A couple of easier days with an awesome sunset. On day 3 we had to cross a river. There are 3 dinghies and you have to row back and forth pulling a spare dinghy to ensure that there is always at least 1 dinghy on each side of the river for the next people who come along. It was fun to row for a bit and have a break from walking. Our campsite on night 10 was at the top of a waterfall. I’m missing the freedom of living outside.
South Coast Track - Day 1 and 2 (but day 7 & 8 of the entire trip) - Day 7 we smashed out 30km to combine 2 days of the South Coast track into 1. Day 8 started with a quoll stealing my muesli then a 1000m climb up the iron bound range, the first photo (plus a few others) are from the top, then began the slow slog down in slippery mud. Photo 10 is from the bottom of the iron bounds looking up at the climb.
Day 5 & 6 - South West Cape Circuit. The track notes for the day said approx 12km but 10-12hrs of hiking! That is 1km per hour so we weren’t expecting great things from the day but going up and over the range to horseshoe bay was no where near as slow as we anticipated even with a very thick bush bash navigational detour, but once at horseshoe bay it took time to wade around the bay in shin deep water and swim a few rivers with our packs in garbage bags. Thankfully all our gear stayed dry on the swims.
South West Cape Circuit -Day 3 & 4 - Day 3 was a big day and involved a steep climb up on to the head land to Mt Karamu, then a bushbash up, over and through the South West Cape Range which the track notes say it is not a well defined track and easy to get lost. Thankfully we had pretty good weather on top of the range and were able to follow a faint footpad most of the time. However, there was a lot of thick growth to bash through. Day 4 was a shorter day from Window Pane Bay to Murgarb Creek.
Day 2 - South West Cape Circuit. Woke up to much nicer weather and with only a short distance to hike we lolly gagged around camp for half the morning and then got to camp at the other end with plenty of time to read. I think I got through 3 books on this 12 day trip compared to the 1 or 2 I had time to read when thru hiking for 5 months!

Buy me a meal